The 10 best Anglepoise lamps. In no particular order... 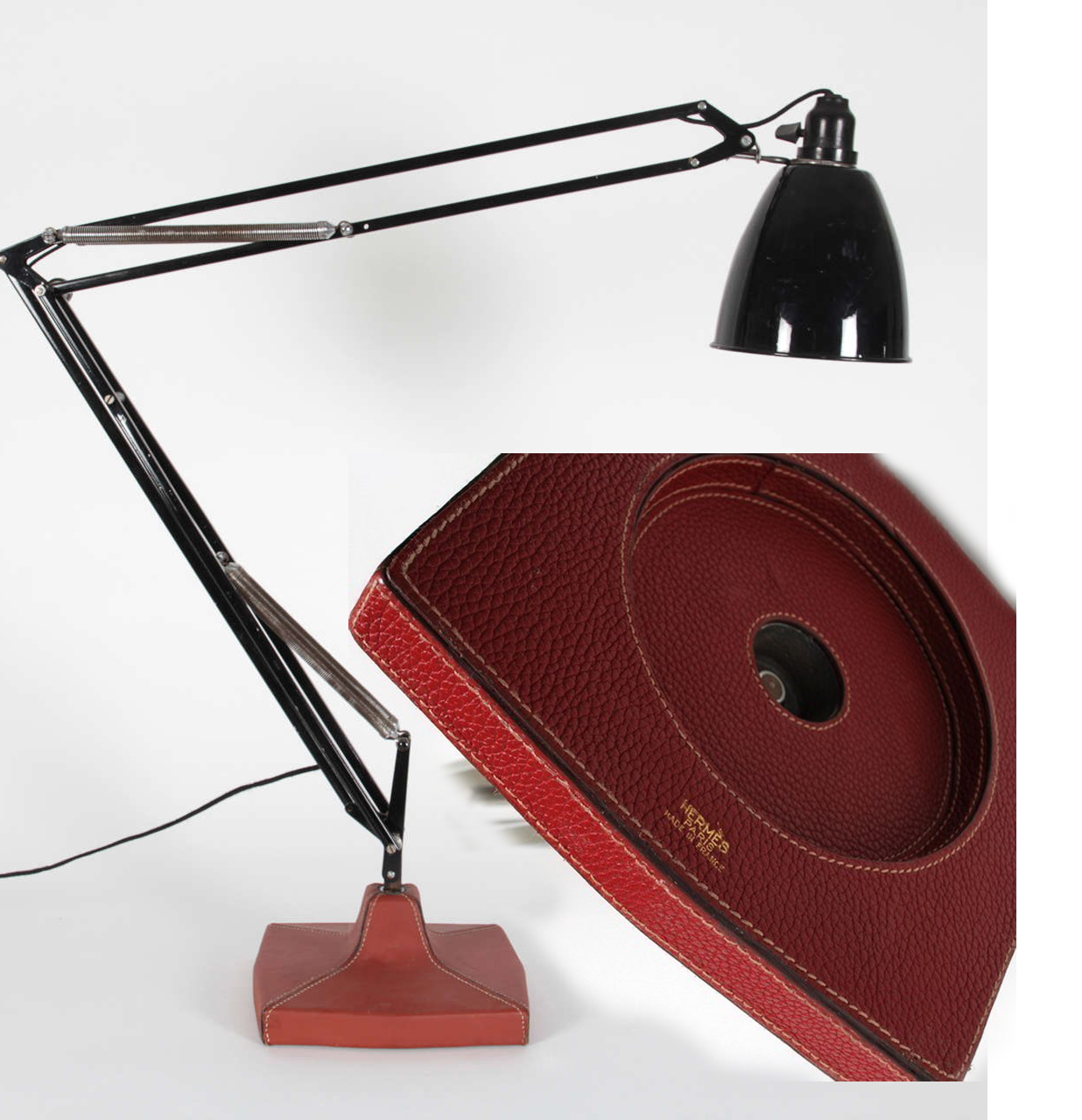 Based on the early, industrial, lamp type 1209, Hermes of Paris produced a number of lamps modified with a finely tooled leather base cover in a range of colours. Little is written about when they, and how many, were made. There were clearly very few made but those that are left that I have seen seem to have been supplied to customers in France and US. My guess is that they date from just prior to the 2nd World War and I REALLY want one! 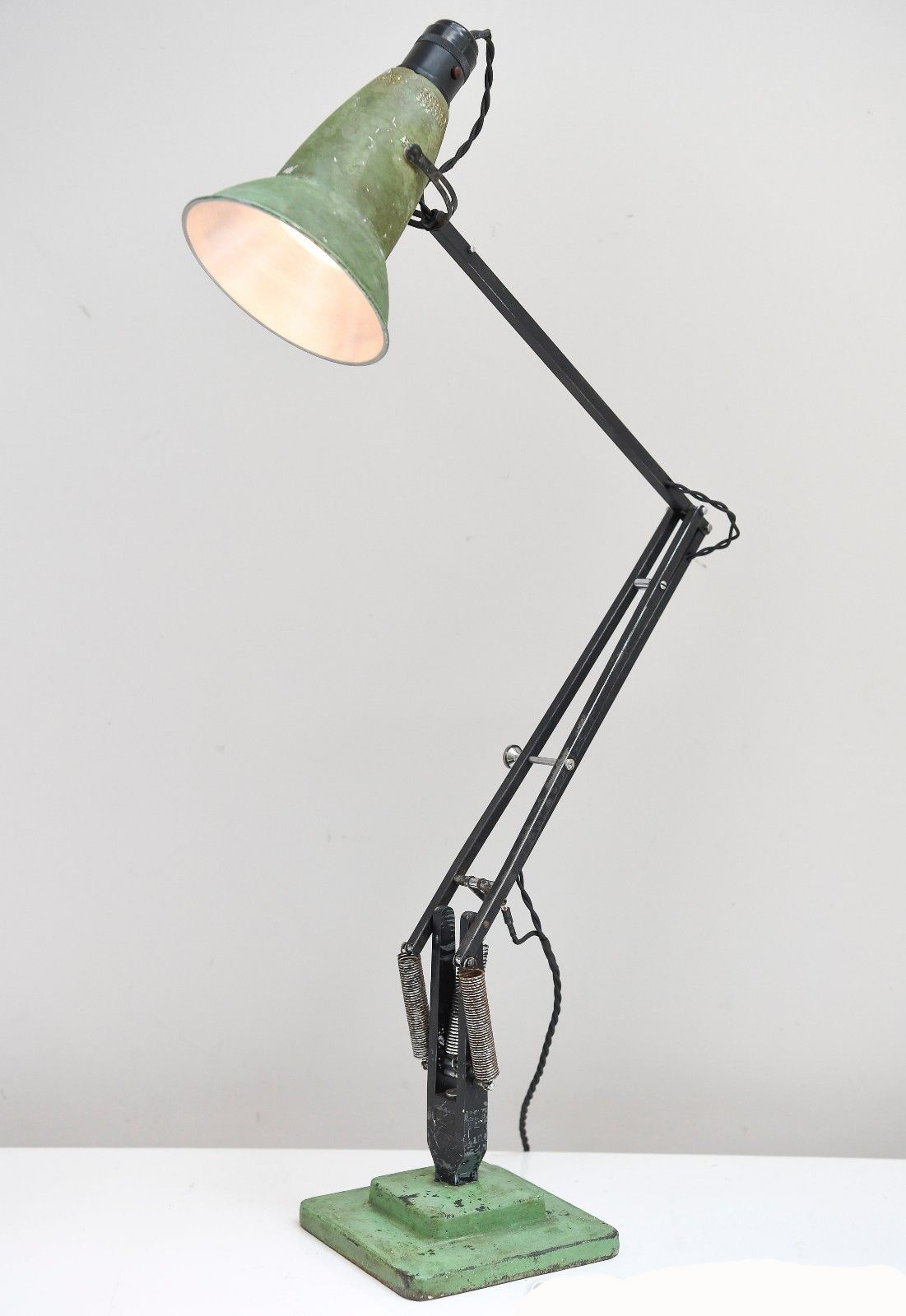 This early model shows the steps taken to soften the original, industrial, types 1209 and 1208 models to popularise it to a domestic market. In production only briefly in the 1930s before the true type 1227, on a 2 step base, was developed just prior to the war but then sold in their thousands during the 40s and onwards. These, with their perforated shade, are scarce and this colour, a crackled green, in my view, the best. This nice, restrained, restoration was available on ebay. 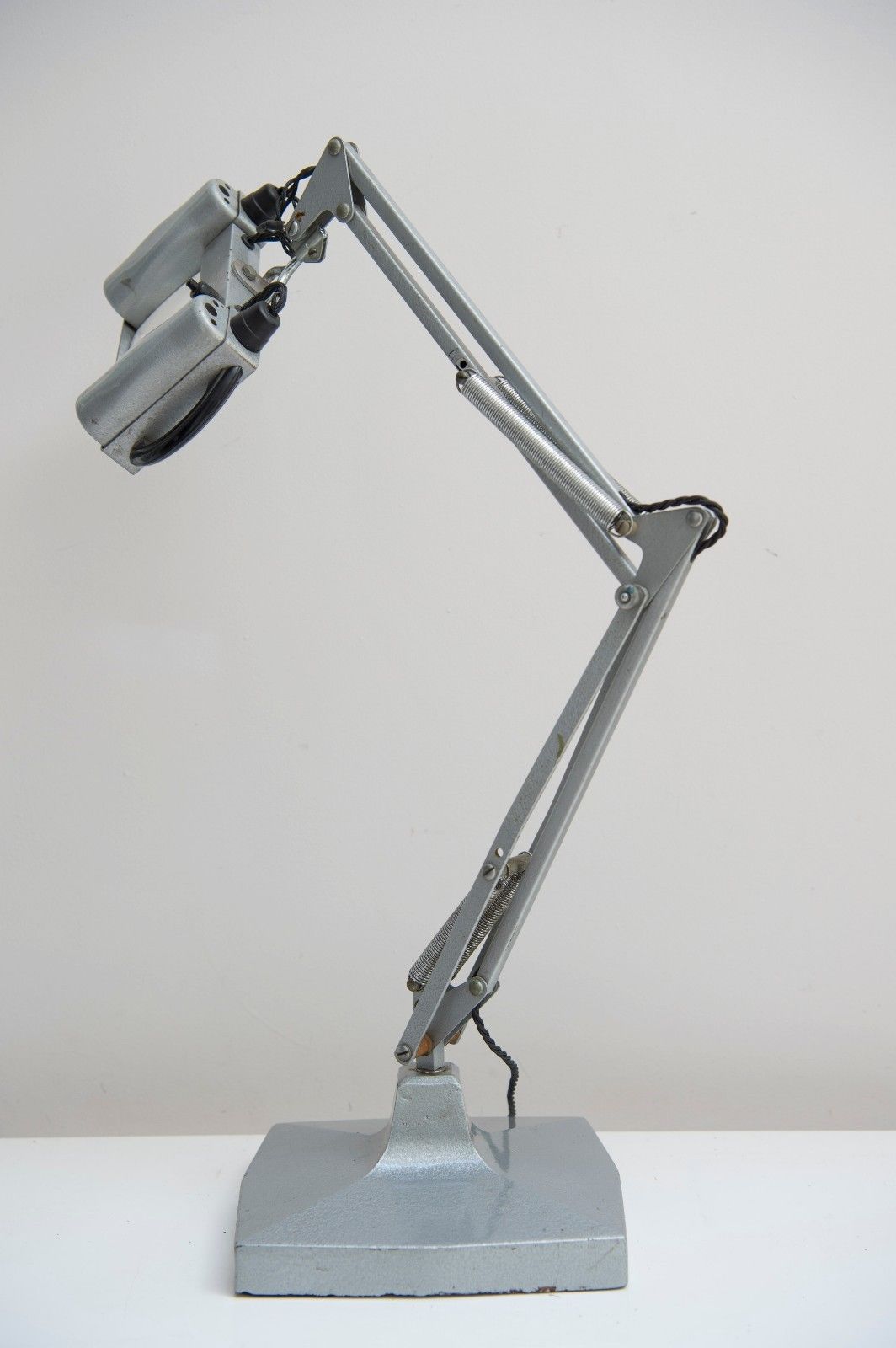 A very original example of what, I have read, is a Type 1431 Magnifier. This is another example of the versatility of the Anglepoise design. The Type 1431 magnifying head (with Bakelite handles!) was built onto a short, 2ft 3in Type 1273 arm and a Type 1209 short base. Other examples had a different, resin cased head, a Type 1273A 3ft 6in arm and a taller base. They are a striking objects and highly useful. Produced in the 40s and 50s, I believe that they were sold as engineering toolroom and medical laboratory devices not, as has often been stated, used in schools. Both of those that I've owned have come from factories in Birmingham. 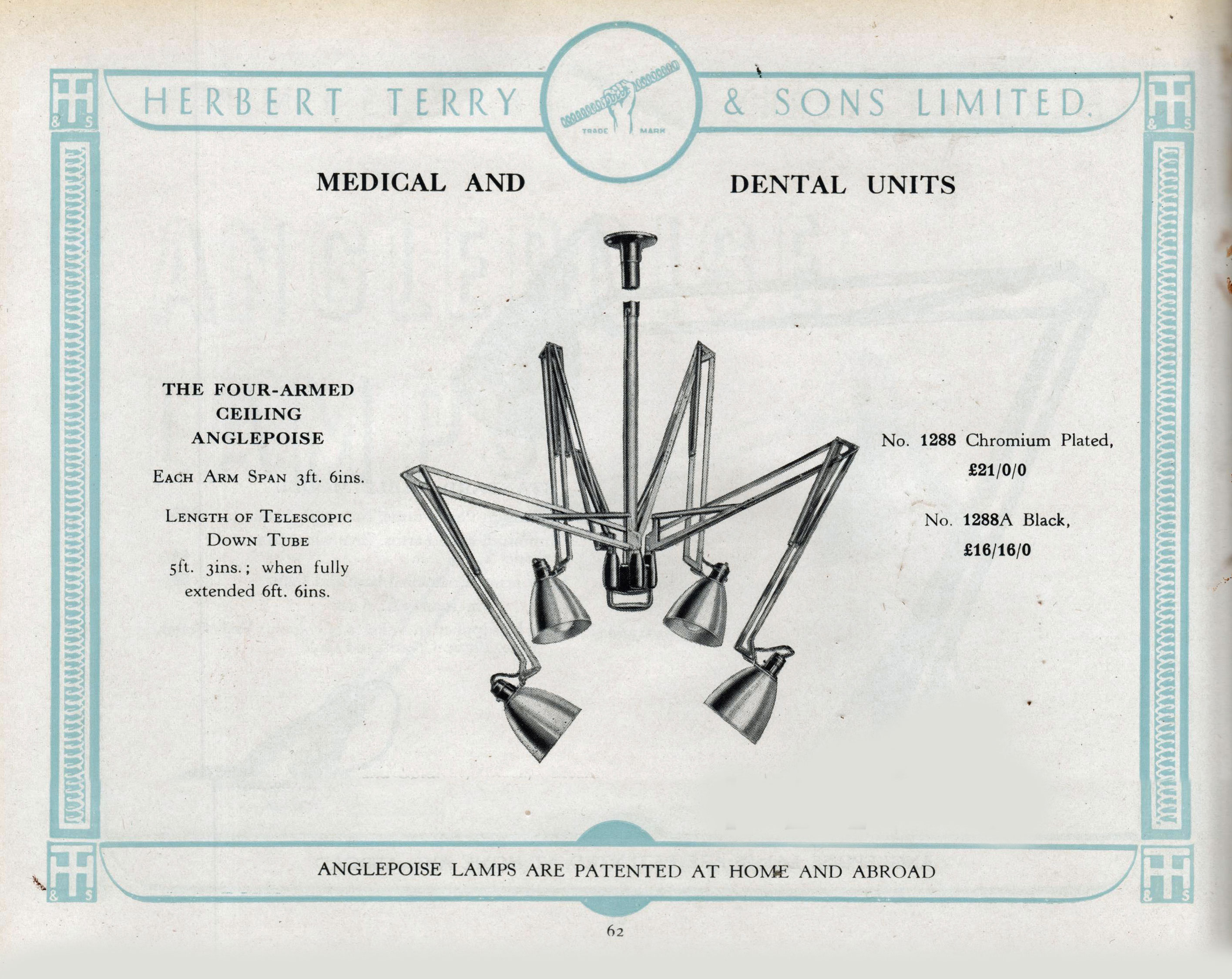 4. Ceiling light for a dental surgery

This page from a Herbert Terry catalogue of 1932 shows Type 1288, The Four-Armed Ceiling model. This is Maximum Anglepoise! A number of the models that they made over the years were aimed at dental and medical laboratories and this, in my view, is the one I would really, really like to give a home to. Four Type 1208 or 1209s are mounted onto a telescopic post and would make the most dramatic lamp to hang over a dining table I've ever seen. 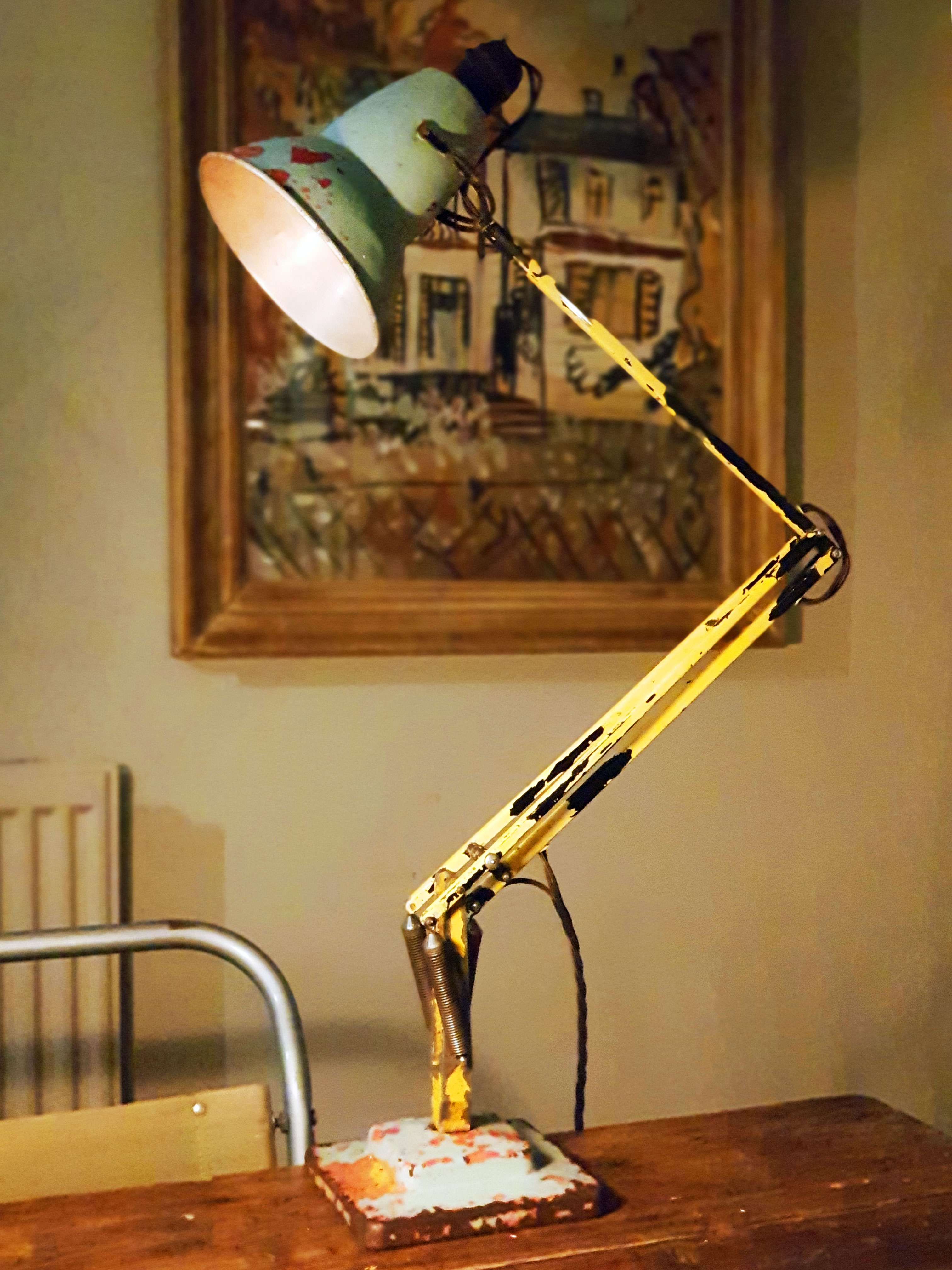 Originally black, this lamp is one of my favourites. At some time in its history it was repainted twice. This was done some time ago and these coats of paint have been distressing beautifully since. I think it's the honesty of it that I love most. 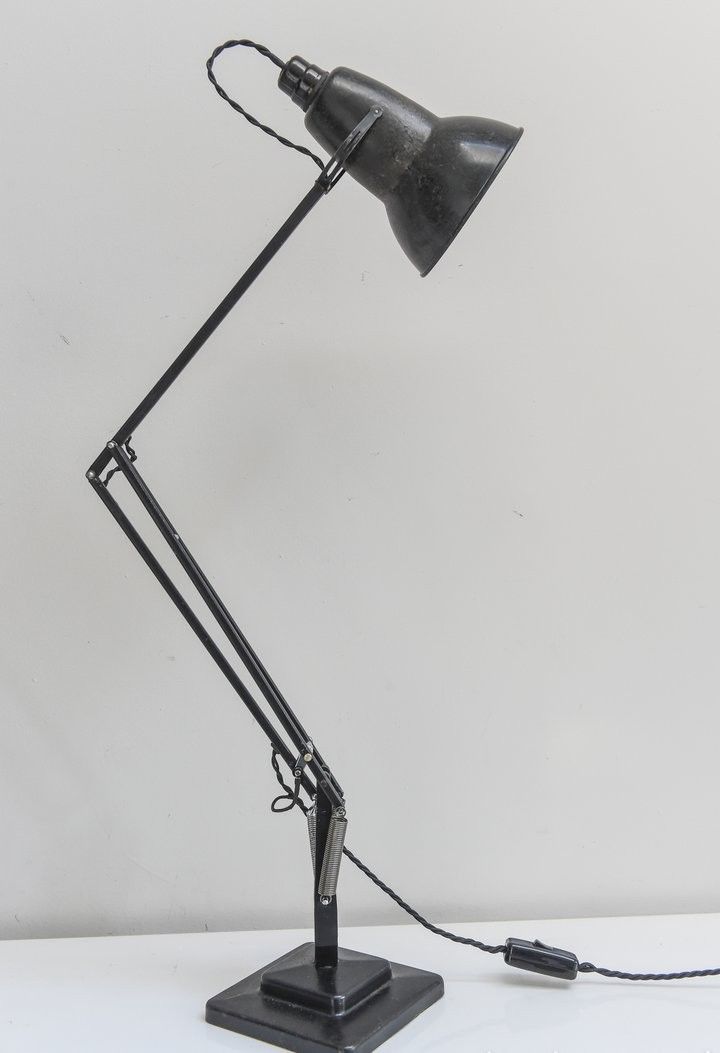 Always scarce, these were produced briefly towards the end of, and for a short period after, the 1939-45 war. Material shortages then forced Herbert Terry to experiment with alternative materials and some Type 1227s were produced with phenolic formaldehyde shades (not Bakelite, as often claimed, as Herbert Terry did not have a licence to use this material). Within a short while, however, sources of aluminium (both new and reclaimed) became available and both shades and upper arms were made from this material from the late 1940s onwards. 'Bakelite' was really too fragile to use in a working lamp's construction and, I guess, most did not survive. 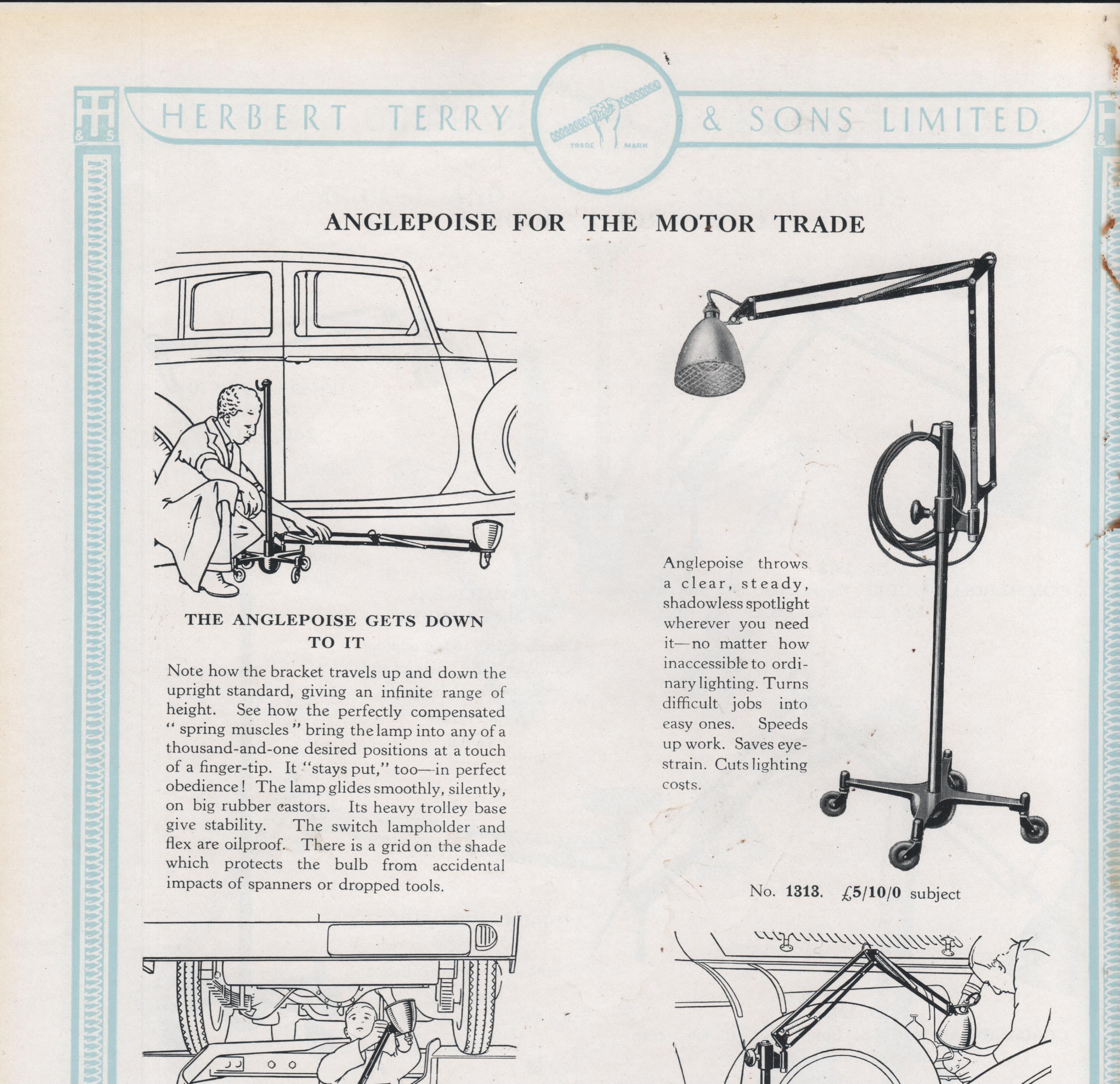 Another example of Herbert Terry's efforts to adapt its lamps to as many markets as it could. Because, I presume, of the hard life the Motor Trade trolley lamps had, these are very scarce in complete condition. 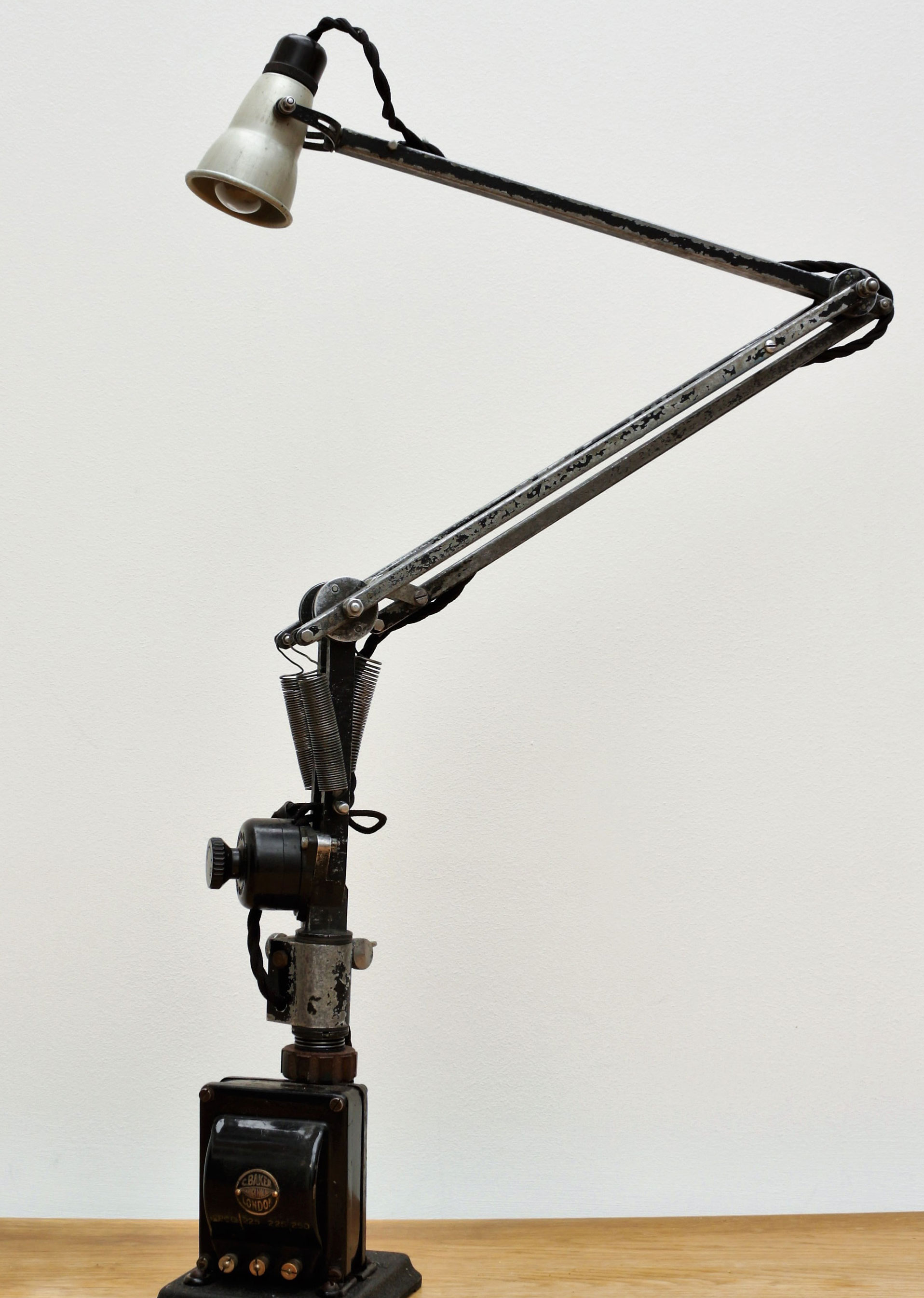 A scarce, interesting and remarkable variant. Although sharing the overall design theme of the stock Type 1227 model, the 5C/1079 (the Air Ministry inventory code) was wholly redesigned. It was intended for use in a number of aircraft during WW2 such as the Wellington bomber and Varsity trainer. Its most widespread use, however, was in the Lancaster and was used as a Navigator's workstation lamp. The basic design was adapted to make it suitable for use in aircraft. Important considerations included robustness, compactness, adjustability and light weight. There was also a need to avoid any adverse magnetic effects on other sensitive equipment and the lamp was required to accommodate the forces and vibration that an aircraft would encounter. So the lamp is made from aluminium and other, exotic, non-magnetic materials and the pivot points are fitted with friction discs which can be adjusted to prevent unwanted movement. 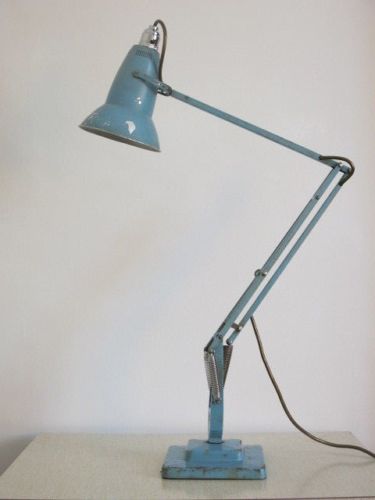 This “two step” model with the narrow, perforated shade and other features marks it out as a, kind of, mkII version of the Type 1227. A hybrid between the “ 3 step” and the later lamps from the late 40s onwards, this is a bit over-restored to my taste with a new bulb holder and the wrong cable but, nevertheless, a pretty lamp in one of the original colours available in the 1930s. 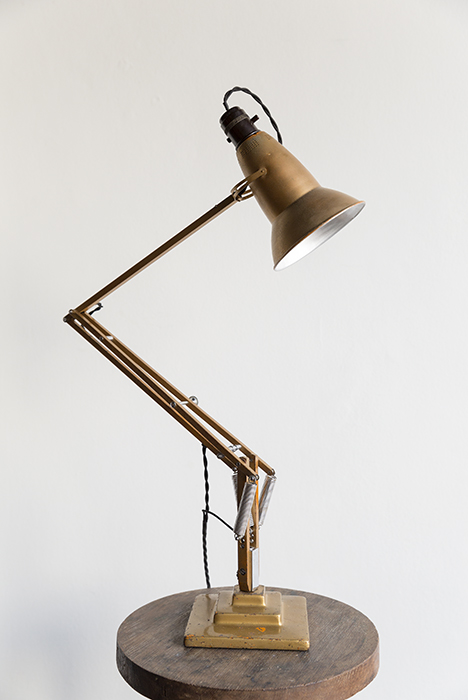 For many Herbert Terry Anglepoise enthusiasts this is the Holy Grail. Retrospectively termed a mkI from the early 1930s, this has all of the early features – the narrow, perforated shade, steel and brass arms, early pivots and mounting fork and, giving it its identifier, a three step base. This one looks great in its original gold paint even revealing traces of the orange undercoat. Always rare and always expensive. One day......