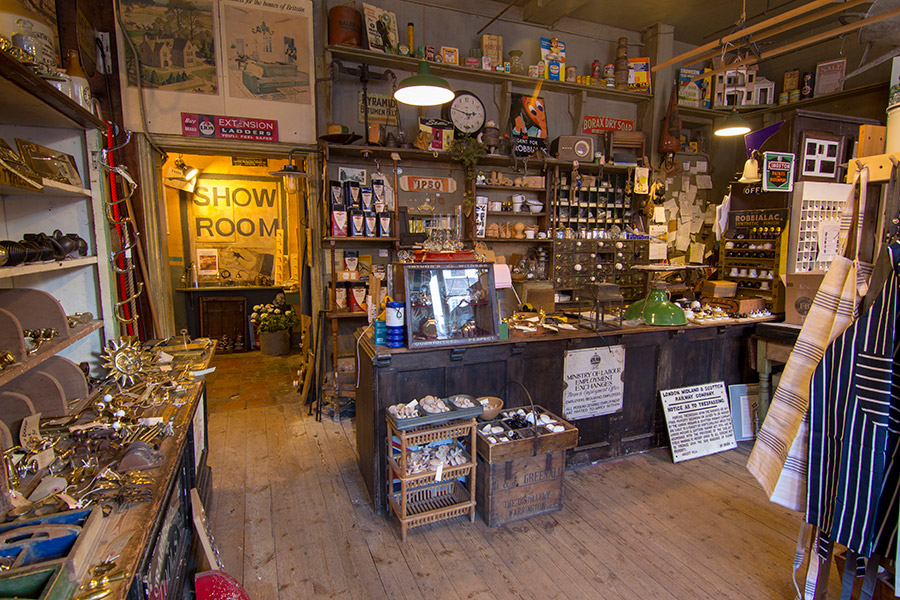 Since the 1970s, our family has been involved in restoring and renovating property in Shropshire and mid-Wales. Our aim was to identify and conserve the essential features of each property that described and demonstrated its history, character and life. This we always valued. The techniques we used were to use traditional materials during restoration that had been used in the fabric of these houses when they were originally built, styles of fittings and fixtures that were appropriate to the age or evolution of the building and, above all, to remove, destroy or cover over nothing that had survived. All of this work taught us enormously about old buildings. We learnt a lot about old building methods and materials and styles and materials of the fittings that were introduced. Decoration, particularly folk or vernacular, rather than proscribed fashionable, became a huge interest. And we became huge fans of patina, wear and decay as we discovered how buildings softened as they matured.

In the early 1980s we opened Architectural Antiques in 140 Corve Street. Over the years we had developed a network of people who could supply us with the materials and fittings we needed to work on these houses and the shop was able to supply the original fittings that we valued. We felt that other people could be encouraged and helped to restore buildings in a sympathetic way. For some years this was a successful business for our mother, Jane.

In the 1990s, however, we were unable to keep up the demand for these original fittings and, again, using our knowledge of what was styled and manufactured in the correct way, we opened a new shop in 141 Corve Street. This shop supplies to this day some of the best hardware still manufactured in, mainly, the UK. All has been carefully chosen to be 'Right' and the best of what is currently available. In many cases we have undertaken the manufacture of fittings that we wanted and have a blacksmith, brass foundry and wood workers that help us here. 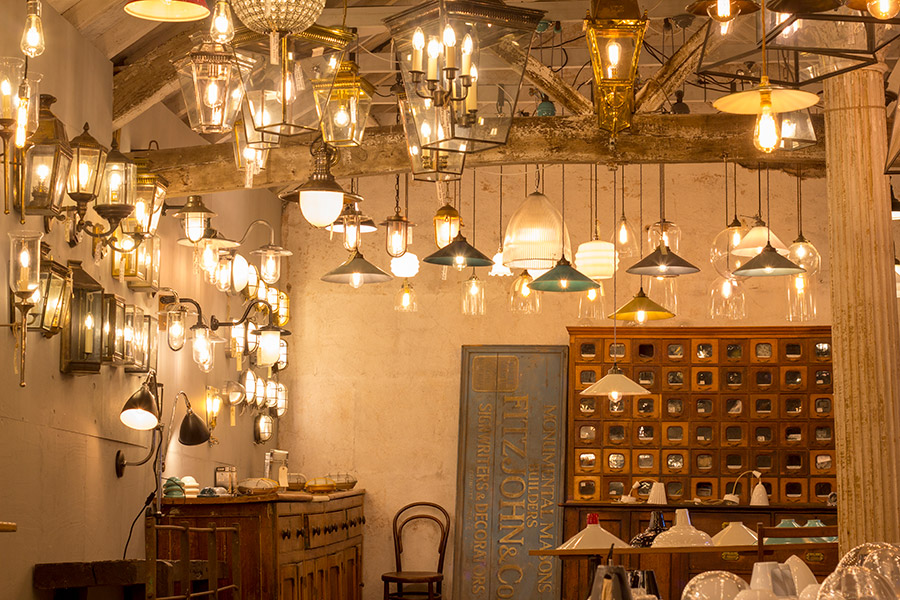 In recent years, since our mother retired from the business, my brother, Mark, and I have tried to move our expertise on. Mark developed an interest in 20th century design that has informed the development of our lighting and home wares departments and Simon, after publishing a book on the history of corrugated iron in architecture, is exploring ways of using corrugated iron today.

Today, Holloway's Period House Shop sells carefully selected items from hand made in Herefordshire ironwork, cast copies of original hardware from Birmingham and the west Midlands to properly made working clothing and iron sheep fencing. We have the best complete lighting showroom for many miles around and carry top quality brands such as Farrow & Ball and Edward Bulmer paints and Vivraise soft furnishings.

Come to Ludlow and meet us. Simon, and his wife, Julie and the vereteran of the business, Annabel, are all here to share their expertise with you. 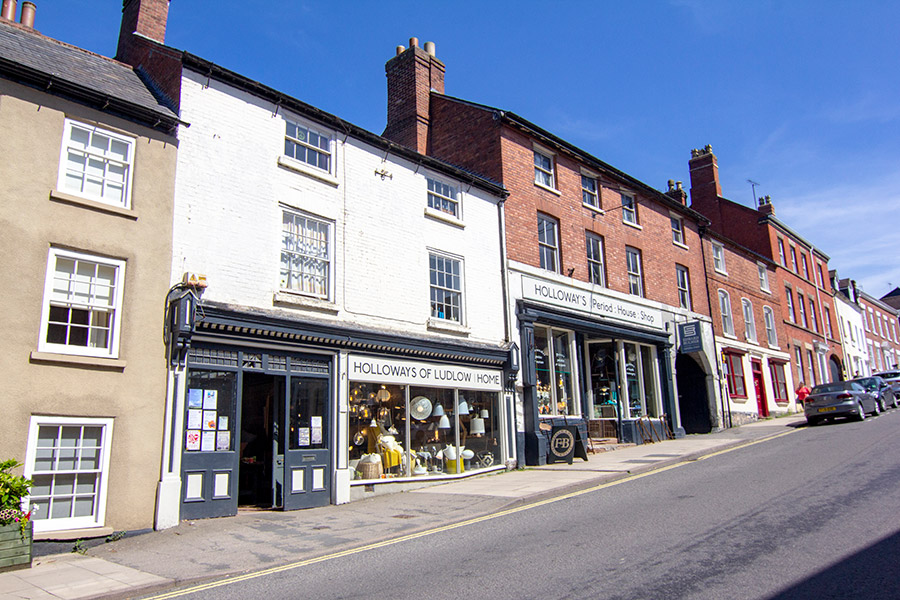 Originally built as a commercial premises in, around, 1800, by the 1860s it was home to Edmund Bluck's business. By this time, Edmund had already made something of himself in Ludlow (he was mayor of the town in 1868-9) as a minor manufacturer and the move to 141 Corve Street allowed him to expand. He developed a large agricultural hardware business here, manufacturing much of his stock himself. He cast iron (the front of the shop is still supported by iron pillars made here and there are a couple of his cellar doors still visible in the town), made leather horse tack, nails, locks, carts and their wheels and many other things for local farmers. 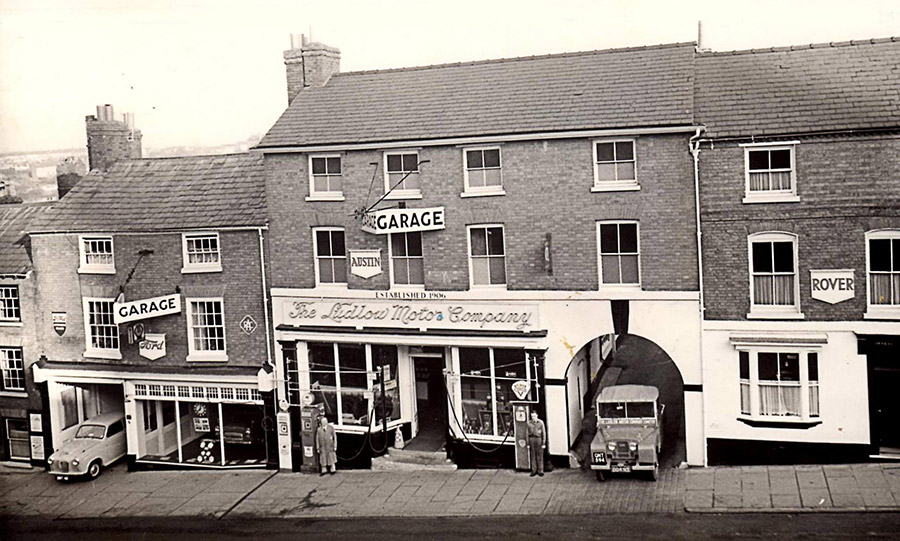 In 1906, however, he clearly saw that the future of horse power was coming to the end of its days and he opened, in 140 Corve Street, the beginning of his Ludlow Motor Garage business. He sold bicycles, tyres and spare parts at first but then expanded it into 141 Corve Street and an Austin, Rover and Ford dealership. This business continued until around 1970.

Ludlow's recorded history begins in 1086 when the castle was first developed as one of a line along the Welsh Marches to defend the border. The local Norman overlords, the De Lacy family, who decided to situate Ludlow Castle here, also decided to develop a new settlement.

Ludlow was a planned town developed around a grid network of streets. The main streets were intersected by narrow side streets around the market place and, as the town continued to grow, it joined the ancient north-south road, now Corve and Old Streets. From 1233 onwards the town walls were constructed with four main and three postern (secondary) gates. Ludlow was now a fortified town.

In the 18th and 19th centuries Ludlow was a fashionable social centre. County families built elegant Georgian brick houses along the wider medieval streets. Glove making had now become a major industry and other industry included light engineering, nail manufacture and textiles.The railway came to Ludlow in 1853 connected to the Shrewsbury and Hereford line. New buildings near the station serviced the railway and other developments used the access to markets which the trains offered. 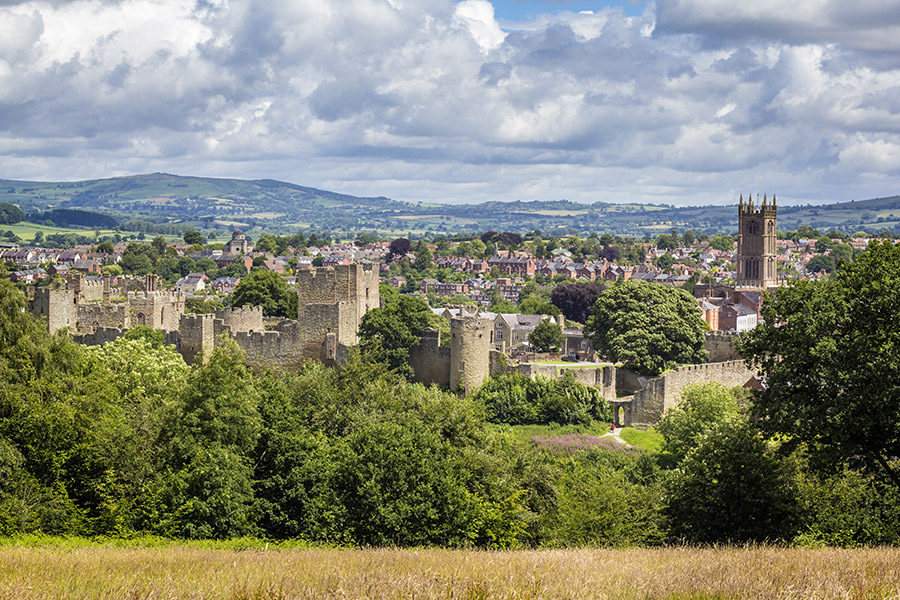 From about 1880 to the 1940's Ludlow stagnated economically, but this seems to be a blessing in disguise as this accounts for the fact that there are nearly 500 listed buildings in Ludlow and the original medieval street layout survives to this day.

Today, the population of Ludlow is just under 11,000. Industries include engineering, cabinet making, and the manufacture of agricultural machinery. Agriculture is still an important part of Ludlow's function as a market town and tourism is now particularly important. Described by John Betjeman as "the loveliest town in England" and by Country Life as "the most vibrant small town in the Country", Ludlow also has a decent reputation for its locally sourced food and restaurants and has a lively market and food fairs. The Ludlow Museum gives a history of the town and St Laurence's Church is the custodian of the Ashes of A.E.Housman, the celebrated poet and author of "A Shropshire Lad". 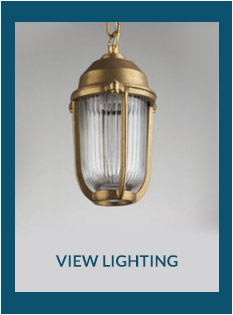 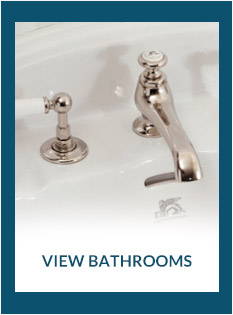 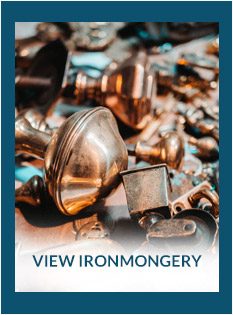 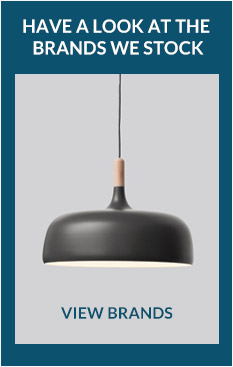